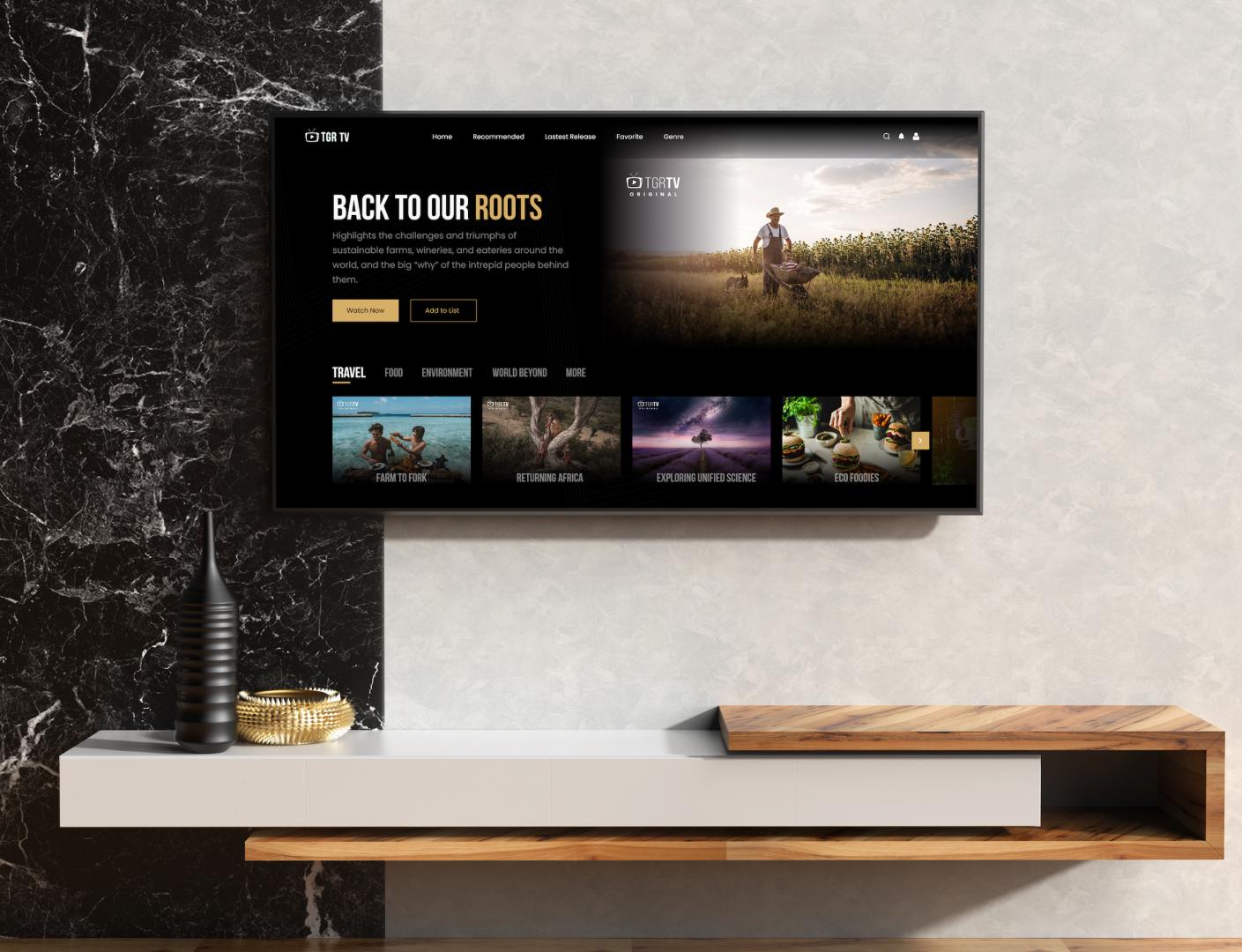 WHERE TO WATCH TGR TV

TGR TV’s distribution modality is the next frontier in delivering broadcast content.  Innumerable exceptional series and worthy documentaries are made by storytellers and producers worldwide, and yet, only a few ever make it to traditional network television or a big-name streaming platform.  To get “picked up,” a show must come with a built-in audience and fanbase.  TGR TV’s primary distribution channel—that all-important audience and fanbase—is Eco Farm Finder, the Esty-like marketplace and app hosting the individual stores of farmers and growers around the world, visited by global consumers who also digest the entertainment and educational content of TGR TV.

More and more, unbound networks are now emerging such as Magnolia Network (from Joanna and Chip Gaines) and TGR TV (from The Grand Return) that circumvent the old television distribution channels by streaming original content on their own dedicated platform, and YouTube channel, plus convey a selection of original fan-favorite series for streamed on Discovery+, HBO Max, Amazon Prime, Netflix, or the like.

Our passion is to inspire connection and experiences, with a niche focus on the human relationship with food and land.  We strive to make direct and local sourcing the norm, not the alternative, to “know your farmer” and “know your food.”  Our distribution of eco-lifestyle television is available without the limitations of a paywall, making it accessable to anyone with a phone or tablet.