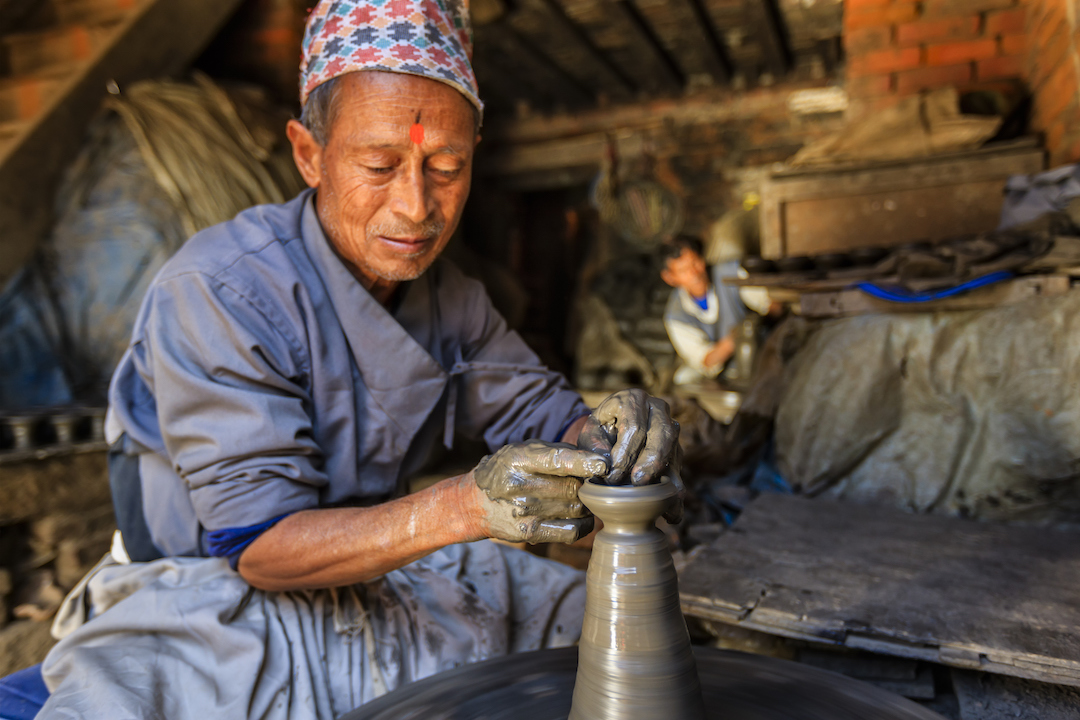 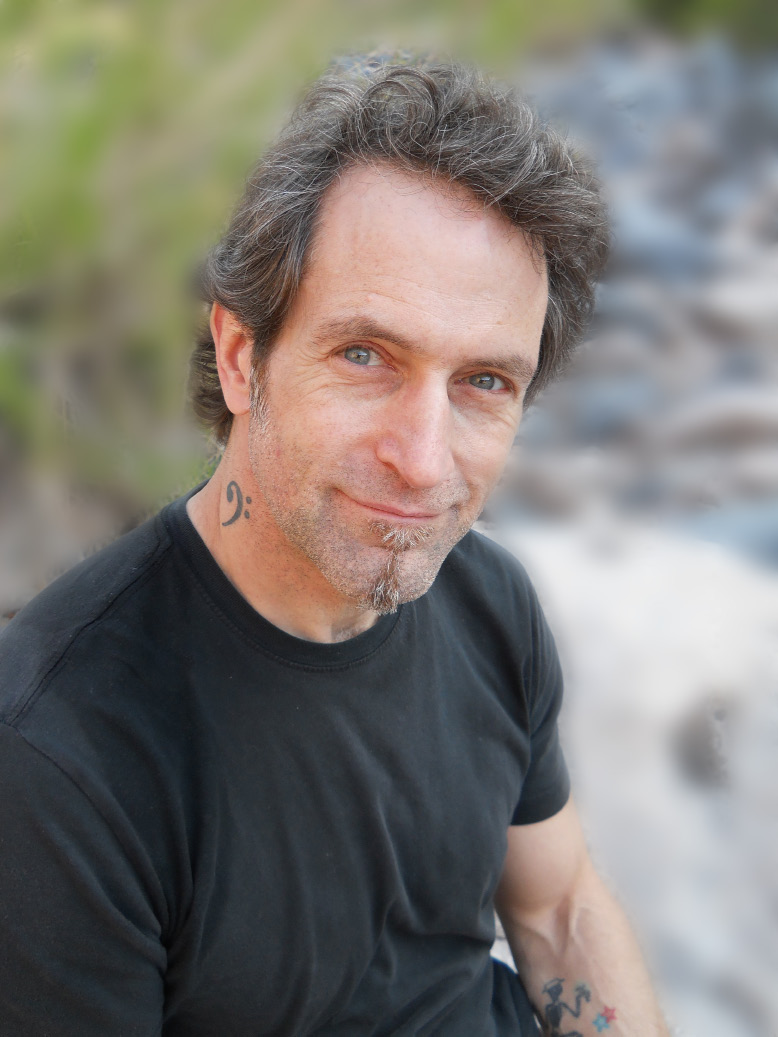 Since the earliest times, expression through art has been used as a way to resolve human issues.  From cave paintings at Lascaux, arguably used as part of some spiritual ritual, to the Za’atari Project today, a series of public murals that engages young Syrian refugees in art to make refugee camps more hospitable, artists have expressed through their efforts, a deep concern about what is happening around them.  Many times the artist’s work is the first to question authority, oppose social ills, injustice, and oppression.

People need to be exposed to ideas through art to help them think critically and interpret information.  This exposure opens minds to different perspectives, which is highly important in our increasingly global age.  Here is an incomplete sampling of how life experiences and beliefs have been expressed by the artist. 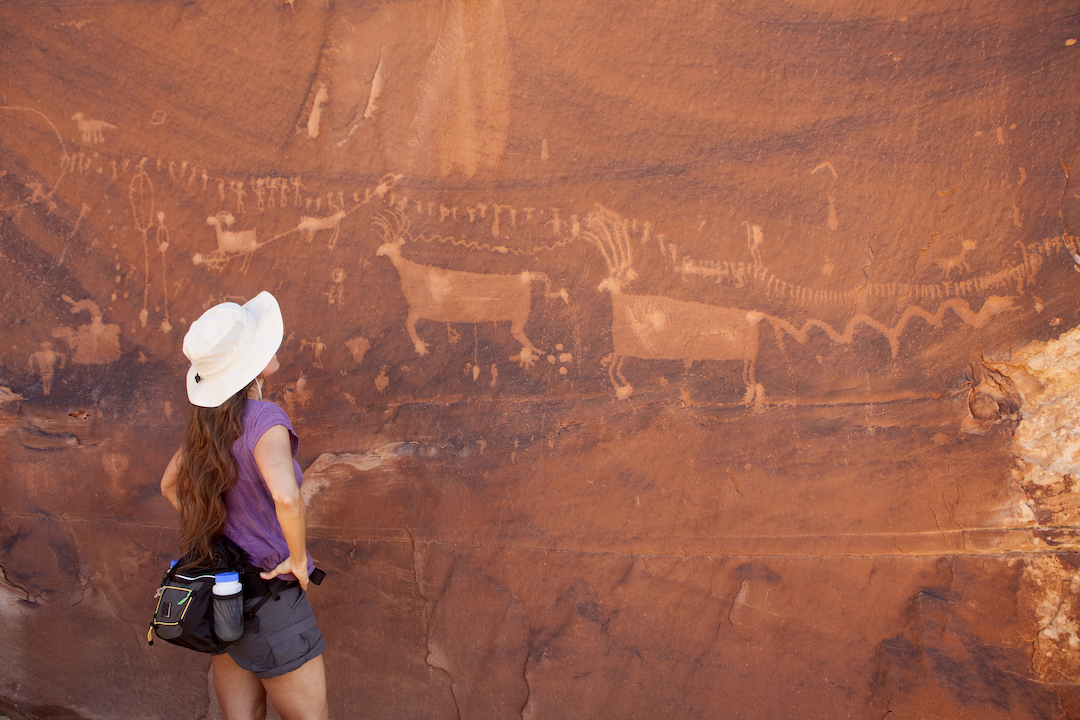 Throughout the centuries, artists have created paintings capturing the banalities of life while casting the light of dignity on the common subjects of their work.  This social commentary was often not sympathetic to the affluent and instead portrayed the plight of the working class with compassion.

Called genre painting, this school or category of art, realistically depicted scenes of everyday life.  For example, in the first half of the 19th century in France, Jean Francois Millet (1814-1875), attempted to document with paint, the drudgery and suffering of his fellow peasants. The son of a farmer, Millet concentrated on scenes of rural France in which he depicted the hard but dignified life of the peasantry in works like “The Gleaners” (1857), “The Angelus” (1859) and “Man with a Hoe” (1862).

The efforts of Millet and his peers including Gustave Courbet and Honore Daumier started to push art beyond its primary aesthetic function to provide moral and social education to the masses.  Their school of painting could be considered the precursor of the modern photo journalist, and is a truly beautiful example of collective expression through art.

In terms of life expressions, folk art, and all its variations, is a wonderful window into the culture of those who produced it.  Traditionally, this is utilitarian and decorative art was created by impoverish artisans in rural areas.  Its power comes from the fact that it is made by individuals whose creative skills convey their community’s cultural identity.  These artisans, mostly untrained, are able to capture everyday life experiences and traditions, much like genre painters, in the creation and decoration of everyday objects.

A wonderful example of a gifted folk artist was Anna Mary Robertson, also known as “Grandma Moses.”  Sometimes referred to as an American primitive artist because she was self-taught, Moses became widely famous for her nostalgic paintings depicting rural American life–at the young age of seventy!

According to the New York Times, she once said that “I’ll get an inspiration and start painting; then I’ll forget everything, everything except how things used to be and how to paint it so people will know how we used to live.”  Some of her images, such as “Applebutter Making” (1947) and “Pumpkins” (1959), brightly depict her memories of farm life in rural New York and Virginia.  Others, such as “Joy Ride” (1953), illustrate happy childhood memories (yet notice people are still working even in these images). 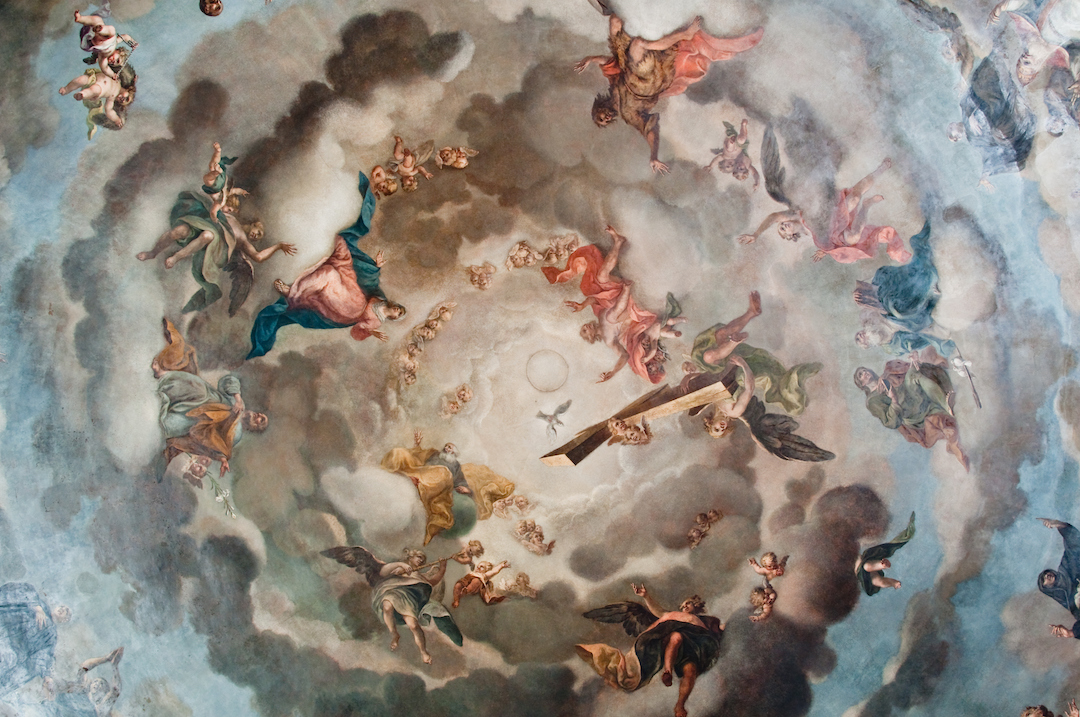 There exists an interesting symbiotic relationship between art and religion.  Both have been employed to explain our existence in this universe, to give our lives purpose beyond just surviving.  They strengthen the social bond of a culture and produce a variety of emotions including hope, compassion and also fear.

So entwined was art and religion that in ancient Egypt the same hieroglyphic was used to express both.”

Art from the Renaissance, was often commissioned by the Catholic Church and other secular leaders to instruct, inspire feelings of devotion, and to impress and convert non-believers.  For maximum impact, these works were large-scale pictorial presentations of uplifting messages, easily viewable and understood by the viewer.  The culmination of this relationship may be Michelangelo’s frescos in the Sistine Chapel.  Covering the entire ceiling, the work tells the story of the book of Genesis and has images of the family and prophets of Christ.

Yet as a deeply religious man who frequently worked for the church, Michelangelo chose to fill the chapel ceiling with as some have described, rampant, joyful nudity.  While he was a sculptor and fascinated by the human form, some believe his intent was to support the more progressive views of some clergy in the age of the more austere Reformation movement.  Regardless at the time, his work definitely set off a debate with an equivalent of a modern day PR firestorm.

One might not think of comic books as a life expression but many that feature superheroes propose hope and a means to achieve a better world. In this sense, the authors and artists that depict those superheroes are social activists.  Captain America, for example, was conceive by Joe Simon and Jack Kirby, two Jewish Americans, as a symbol of social justice aimed directly at fascism and the Third Reich in Germany.

Captain America debuted in early 1941, before America’s entry into WWII. At the time, Marvel Comics was harshly criticized for making such a bold political statement with their comics. Even today Marvel continues to champion issues of equality and diversity by introducing new characters such as the Afro-Hispanic, Miles Morales as the new Spiderman (after Peter Parker’s demise), and African American, Riri Williams as Iron heart (after Tony Stark, a.k.a. Ironman, falls into a coma battling CAPT Marvel).  Comic books and superhero movies really are a great example of life expression through art. 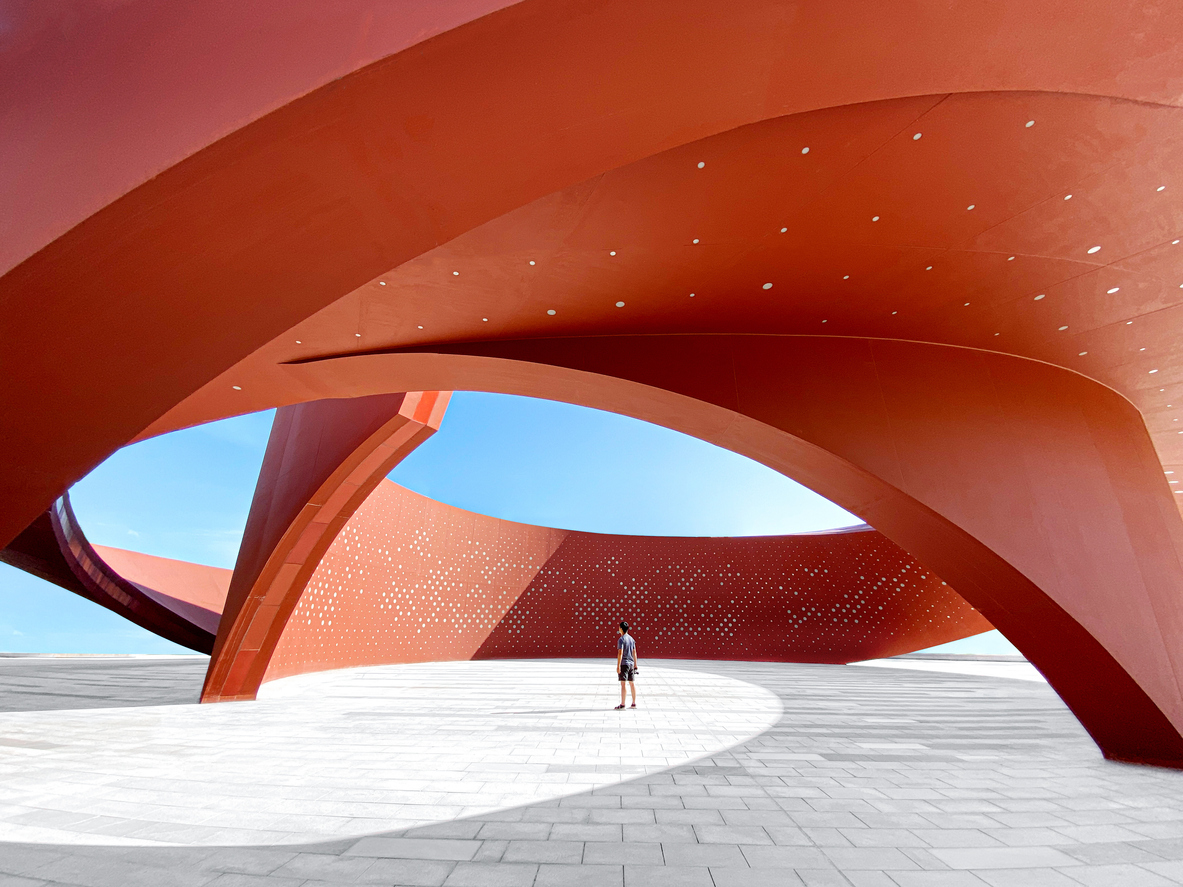 The incorporation of technology as a component of artistic expression started to advance rapidly in the 19th century.  For example, the advent of photography soon advanced to motion pictures.  Film provided us a fusion that we had never experienced before.  It was a union of photographic, narrative, pictorial, performing, and audiovisual art forms.  Today, combining existing art forms with digital technology opens the door to similarly create new art forms and experiences.

We are all familiar with computer generated imagery and how it has become a Hollywood standard—especially applied to the mega budget franchise fantasy films the industry seems so enamored with of late.  But perhaps more important, supporting technologies such as the internet and social media have broadened the boundaries of how we interact with art.  These tools have increased access and made art more of a participatory experience – to a more diverse audience.  And that may be the real power of technology on life expressions– its power to broaden and deepen the audience experience.

For example, technology expressed through art helps to to create communities around performances, shows and exhibitions.  The Broadway show ‘Next to Normal’ was responsible for enlarging and even creating online communities to discuss and share resources on mental illness.

The World Health Organization estimates that there are 285 million visually impaired people worldwide, excluding these people from fully experiencing the world of art.  Technology is helping with 3D printing.  Touchable three-dimensional versions of famous artworks are now possible to produce.  Those who have never experienced the Mona Lisa or The Scream, can now feel their way through these celebrated works.

Exit Through the Museum Gift Shop

Painting, sculpture, music, literature and the other arts, it has been said, are considered the repository of a society’s collective memory.  But they can also establish the dialogue by giving voice to the politically or socially disenfranchised.

And even if the general public is unaware of whom the latest Nobel laureate in literature is, or what the meaning behind Andy Warhol’s soup cans is (it’s a message of liberation), interest in art remains strong through popular films, television shows, fiction, and music.  These efforts contribute to helping us understand something while also feeling it emotionally.  Perhaps this is why art motivates people to turn their thoughts into actions. 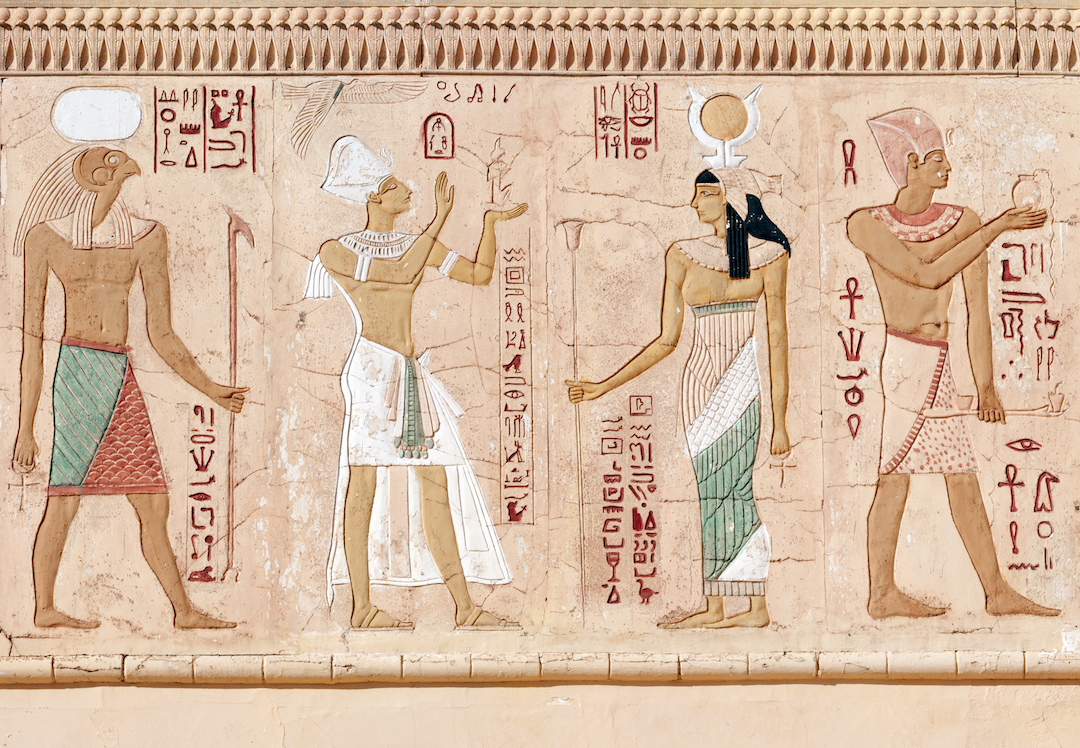 Interested in Egyptian art and culture? Be sure to check out TGR Egypt Tours! 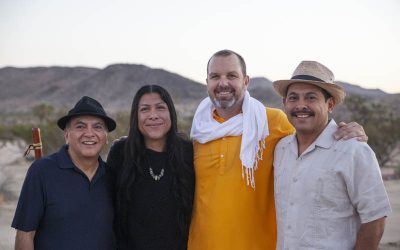 Ancient Wisdom of the Shamans for a Modern World

The Toltecs believe that everyone is an Awakened One, but it is the Shamans whose eyes are open to this realization.

END_OF_DOCUMENT_TOKEN_TO_BE_REPLACED 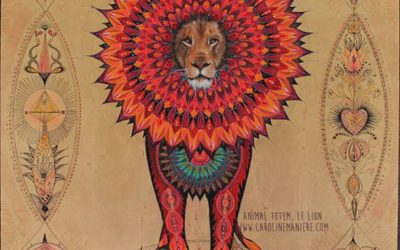 Caroline Manière: The Wisdom of Empowerment on Canvas

I decided to paint women, each one as if they came back from traveling with a key, a revelation, a secret of transformation.

END_OF_DOCUMENT_TOKEN_TO_BE_REPLACED 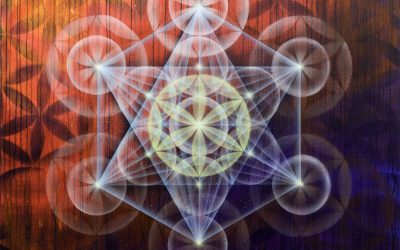 Many people don’t realize that we, ourselves, are the devices which we experience through our senses and gain feedback via our emotions.