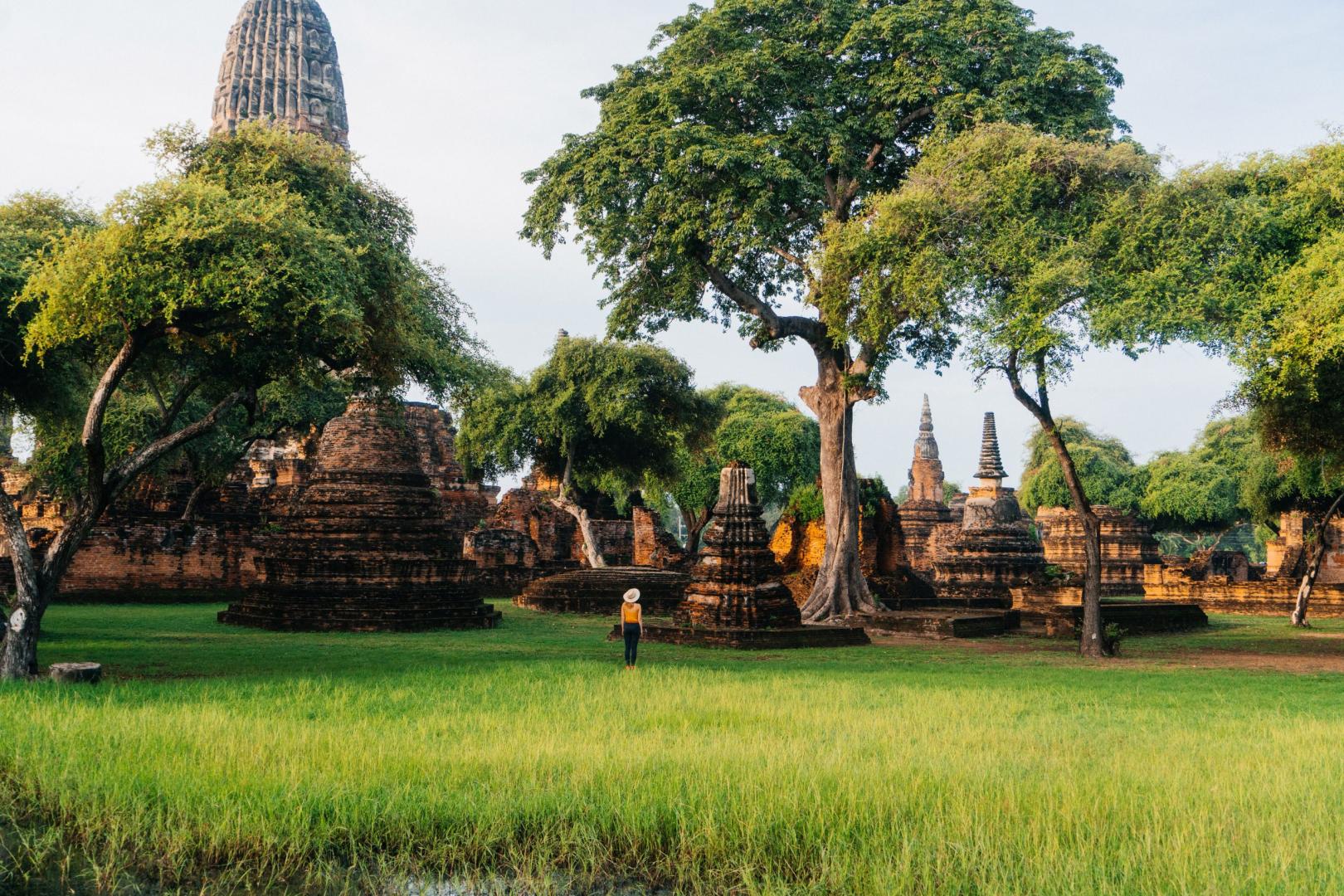 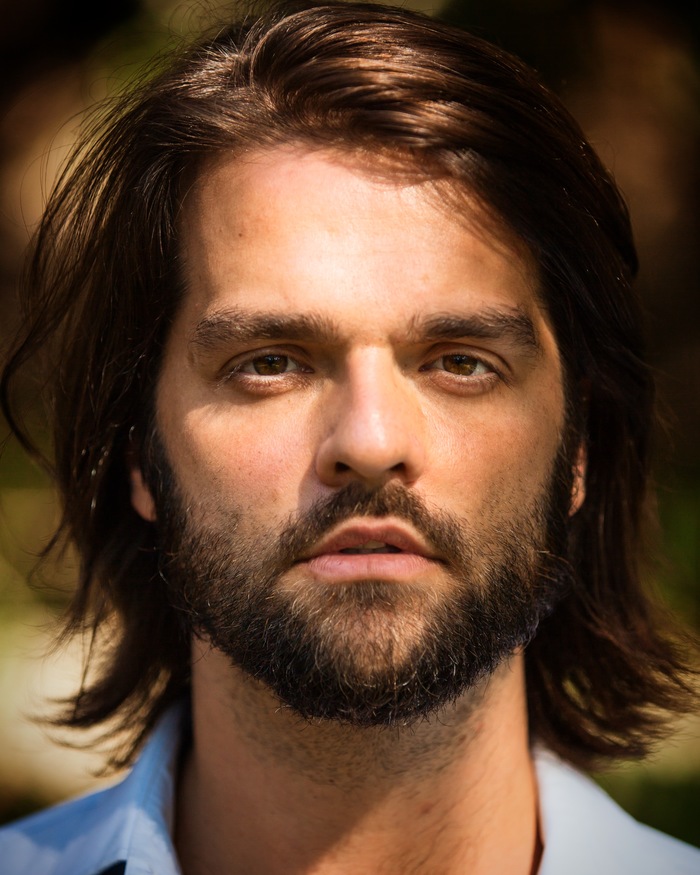 Inspired by the temples and sacred places of all religions, my home sanctuary is a place of meditation, study, and prayer. This is where I go to check back in with what is most important and most real. As much as I’d like to say that I maintain a rigid daily sadhana practice, I have to admit, I like to keep it fluid! Some mornings my ritual is two hours, featuring deep study, meditation, and prayer; and other mornings it consists of a 15-minute meditation before I bolt out the door for the day. Both are effective, helpful, and rejuvenating.

Whether you’re a committed practitioner of one particular spiritual path, or simply looking to create a safe haven from the chaotic modern world, this will help you make your space a sacred space. 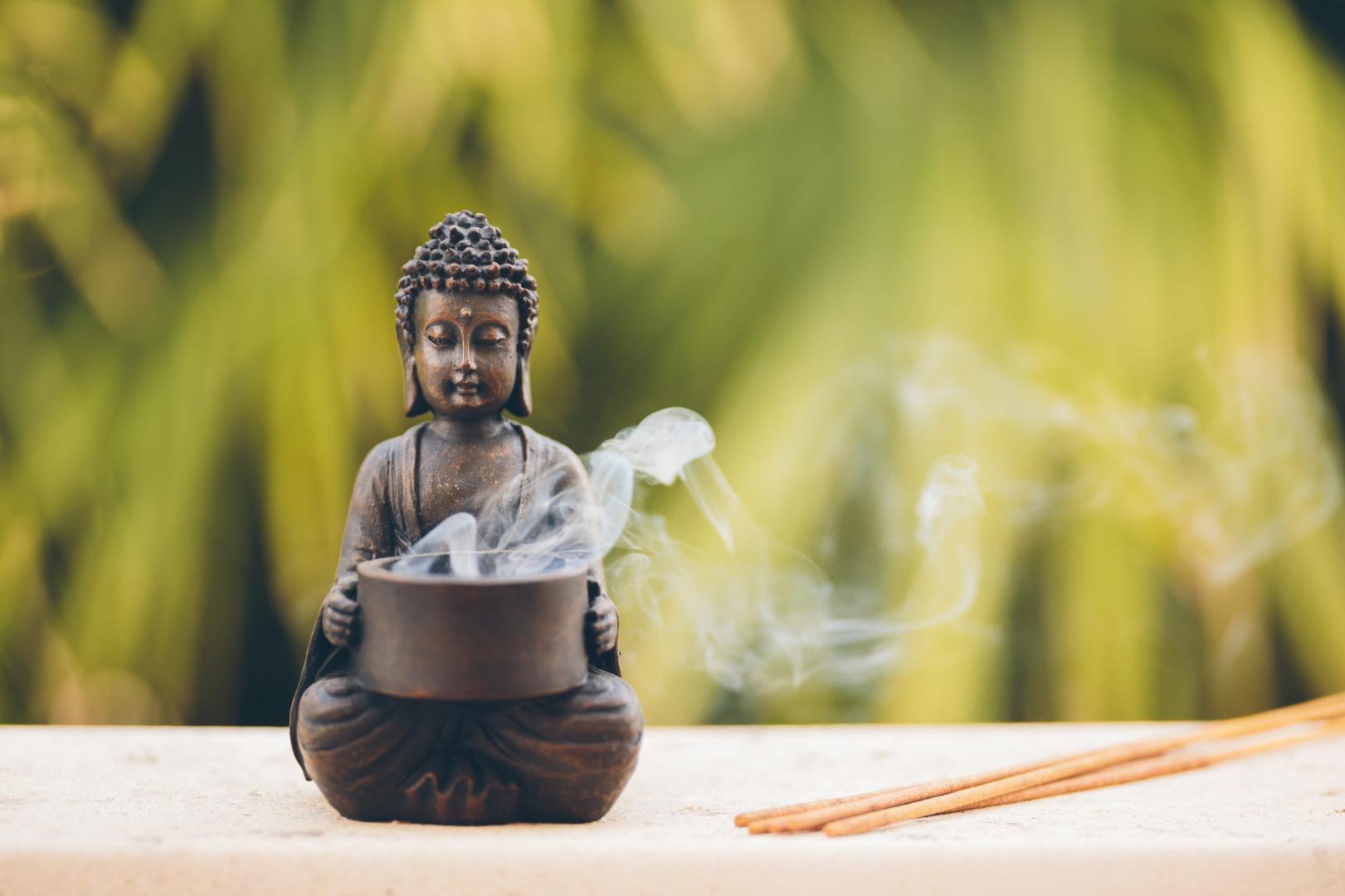 These are the books I’m currently devouring, by some of today’s leading teachers.

As far as I’m concerned, this book is Marianne’s Magnum Opus of Miracles. I love this book! This is a book of prayers, rituals, and mystical keys to the doorways of transformation.

Dr. Ron’s book is full of wisdom for tapping into your core creativity, putting together a wisdom council of support, and finding purpose.

3. Says Who? By Ora Nadrich

Ora’s work provides tools for transforming negative and fear-based thoughts, a critical skillset for anyone on a transformational spiritual path.

Judith is the Queen Empath! She breaks down the different kinds of empath, and just about anything that can come up in the life of an empathy.

6. Calling In “The One” by Katherine Woodward Thomas

This book is one of deep spiritual and psychological transformation, it acts as a guide to uproot, examine, and heal our deepest wounds relating to love and relationships.

7. You Can Heal Your Heart by David Kessler & Louise Hay

David is the grief expert who brought me back to life after the suicide of a dear friend. His profound wisdom is a great pairing with Louise Hay’s affirmations.

8. Break The Norms by Chandresh Bhardwaj

In today’s world, we need to be able to see things differently! Break The Norms is a great book, full of new perspectives.

9. Success Through Stillness by Russell Simmons

Russell’s Success Through Stillness is about achieving the right clarity to move forward confidently in your career.

This book is elegant, poetic and deep. An amazing addition to your sanctuary.

This is a list of some of the classics that have been most influential for myself and my journey.

This is a beautiful commentary on what is often translated to be The Mindfulness Sutras, which acts as a companion to the Vipassana Meditation practices.

2. God Talks with Arjuna: The Bhagavad Gita by Paramahansa Yogananda

Eastern Guru Paramahansa Yogananda provides a revelatory perspective on the ancient scriptures of the Bhagavad Gita.

There are numerous translations for the Tao Te Ching, but I love Stephen Mitchell’s the most. This is a deeply mysterious book, and is in itself a beautiful journey into Taoism.

4. A Course In Miracles – Foundation for Inner Peace

A Course In Miracles is a set of books based on universal spiritual principles, set up like an academic course – a textbook, a workbook for students, and a manual for teachers. It defines a miracle as a shift in perspective from fear to love.

5. Letters on Occult Meditation by Alice A. Bailey

This book blew my mind. Letters on Occult Meditation is a juicy, dense, look at meditation through the esoteric lens of occultist, Alice A. Bailey. Nerd out on this one!

6. On Love and Loneliness by Jiddu Krishnamurti

I’ve always felt connected to Krishnamurti and the deep wisdom and solemnity in his words. This is a tragic, but heart-warming spiritual book that I cherish.

7. The Way of Zen by Alan Watts

Alan Watts is the man! He opened my eyes to seeing and understanding Zen in a totally new way. He’s a Western scholar with an incredible ability to use words to take the reader beyond them.

8. A Study in Consciousness by Annie Besant

This book will take you on a journey through some of the most fascinating facts and mysteries of human consciousness, spiritual consciousness, and the evolution thereof.

9. The Secret Teachings of All Ages by Manly P. Hall

This is the classic of classics! Full of adventures, secret societies, saints, sages, gods, goddesses, demons and angels – this is an exciting, magical book.

10. The Second Coming of Christ by Paramahansa Yogananda

In The Second Coming of Christ, Yogananda revisits biblical teachings through the lens of prayer and contemplation, offering up a reinterpretation of the “second coming,” echoing the popular Christian idea of “becoming the hands and feet of Christ in the world today.” 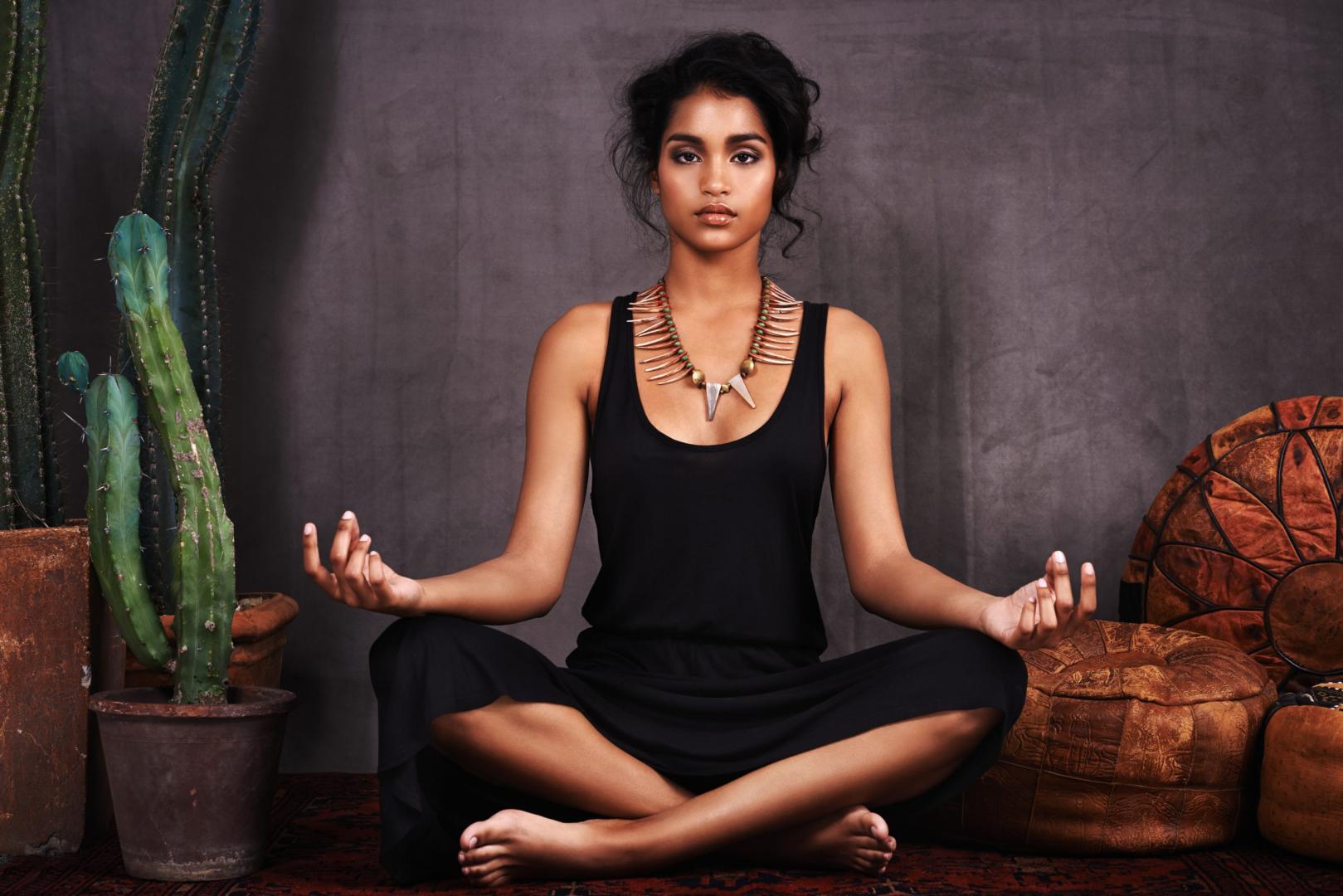 This is the traditional zazen meditation cushion. Any comfortable cushion or chair will do the trick.

A zabuton is a square cushion to go under your zafu to give your ankles something comfortable to rest on when you’re meditating in lotus position.

Stay comfortable! Meditating Wrapped up in a comfortable blanket is hard to beat.

Cover the floor, dedicate the space, insulate yourself, giving you the experience of being held.

I always make sure to have a special cup or mug for tea or water in my sanctuary.

Essential oils are a great way to bring in certain energy through fragrance. Here are some of my favorites and what I like to use them for! 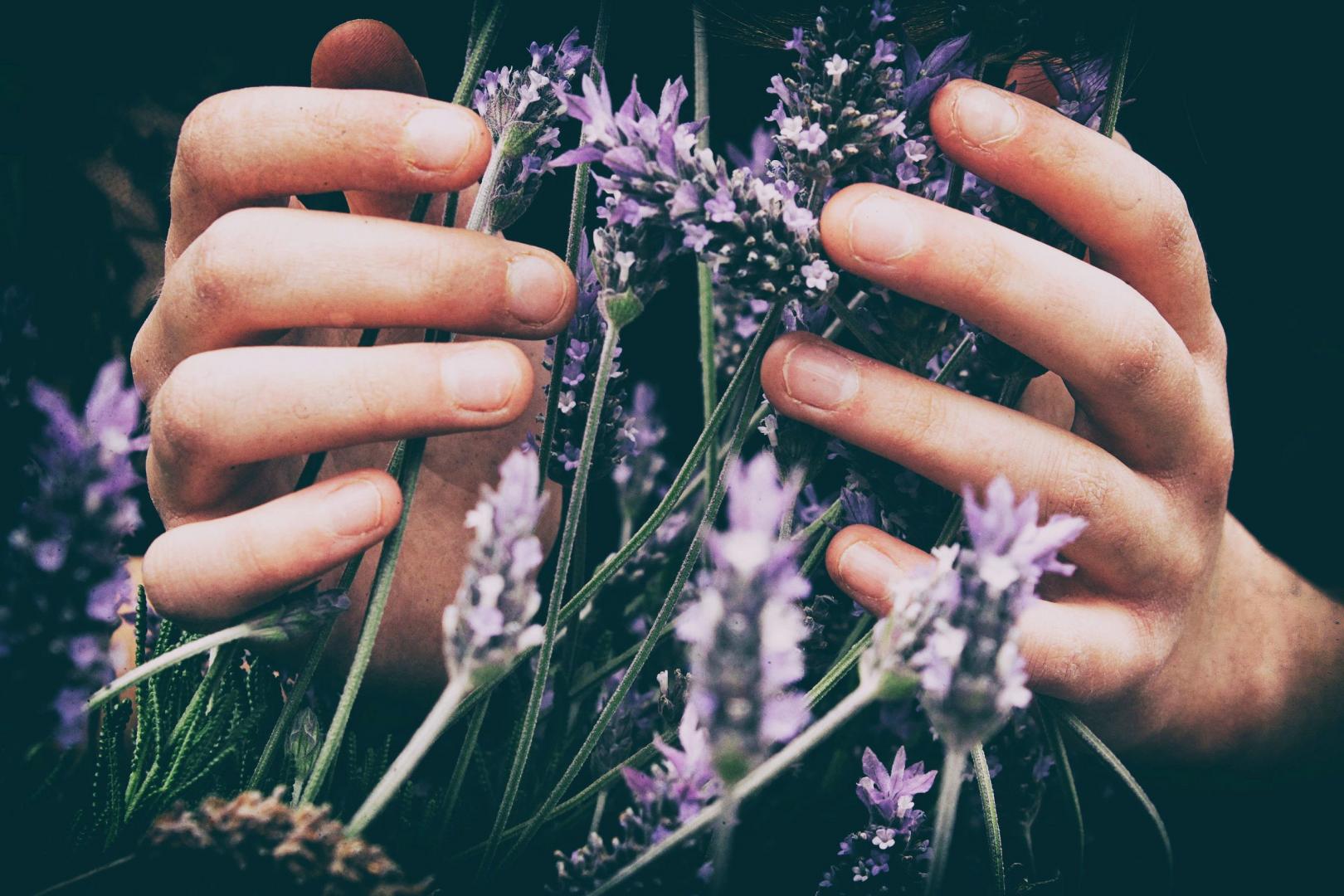 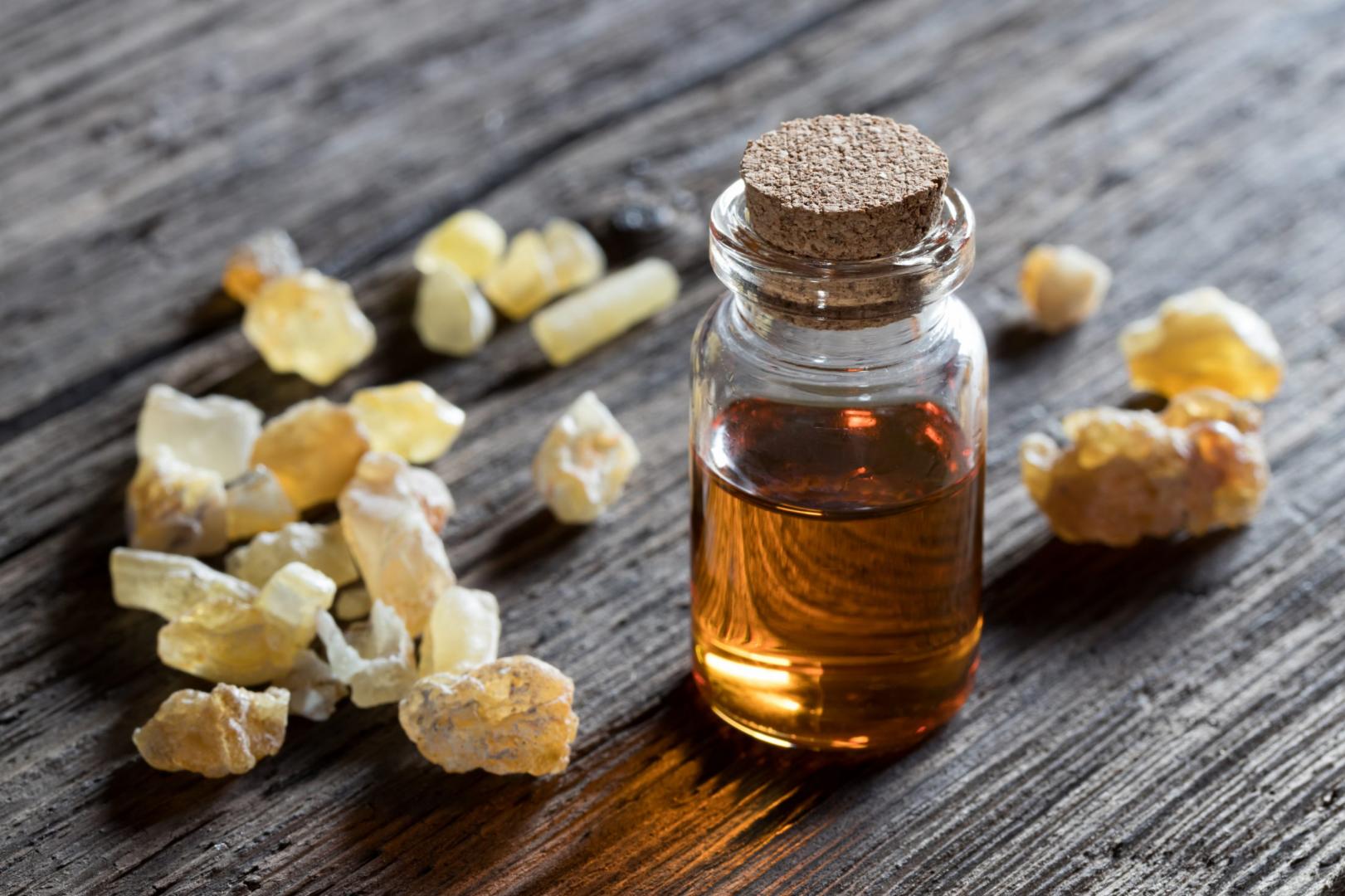 Crystals are unique in that they are actually living beings, so I like to look at them as friends working with me, living with me in my sanctuary. Here are some that I like to keep around, and the properties they are known for. 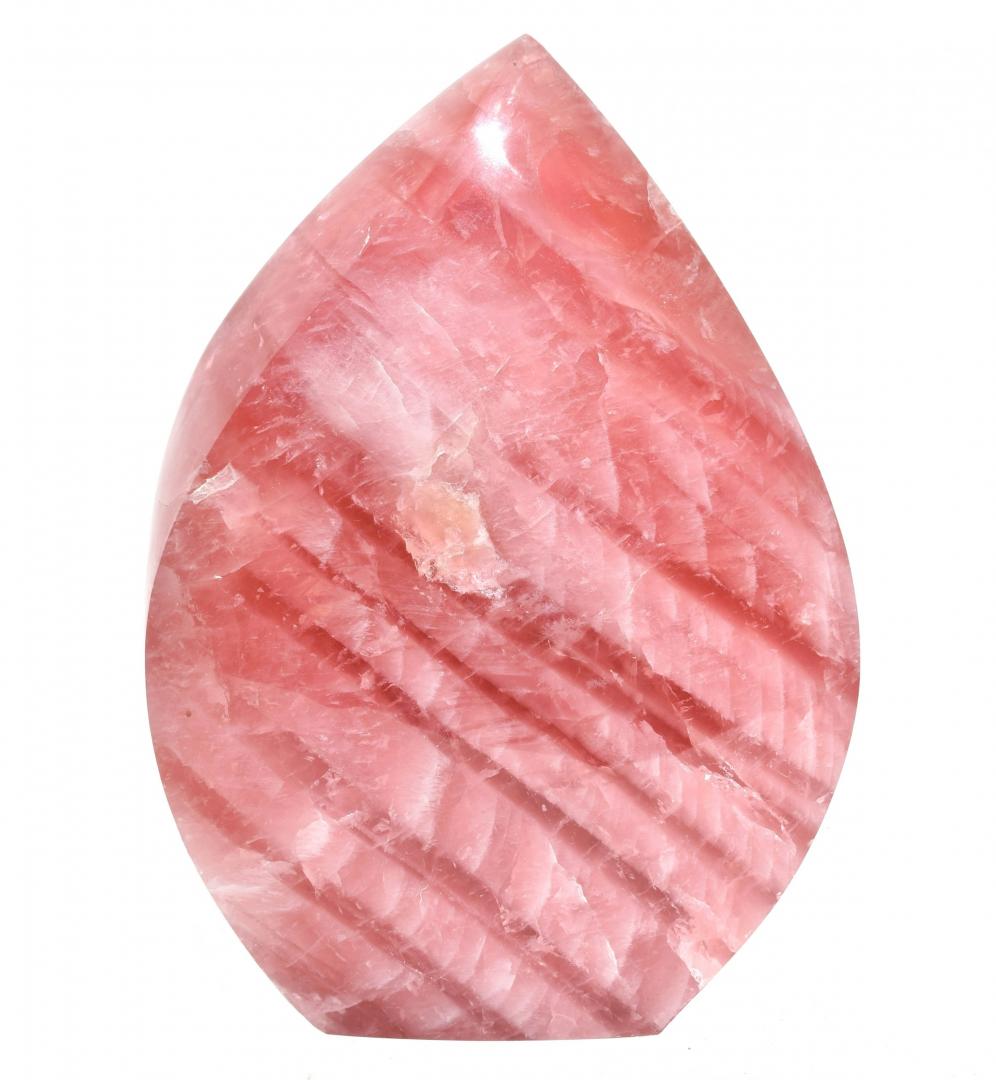 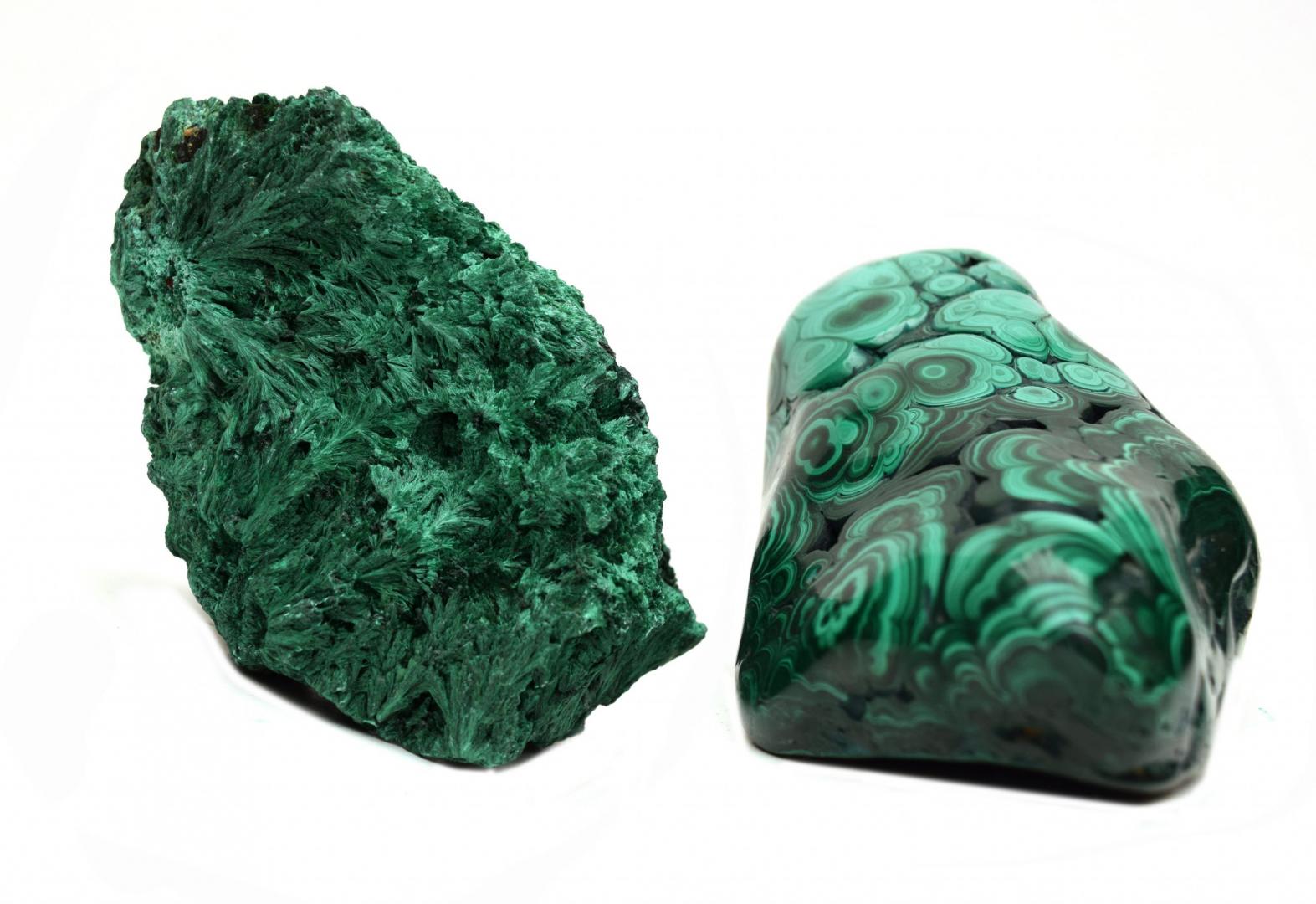 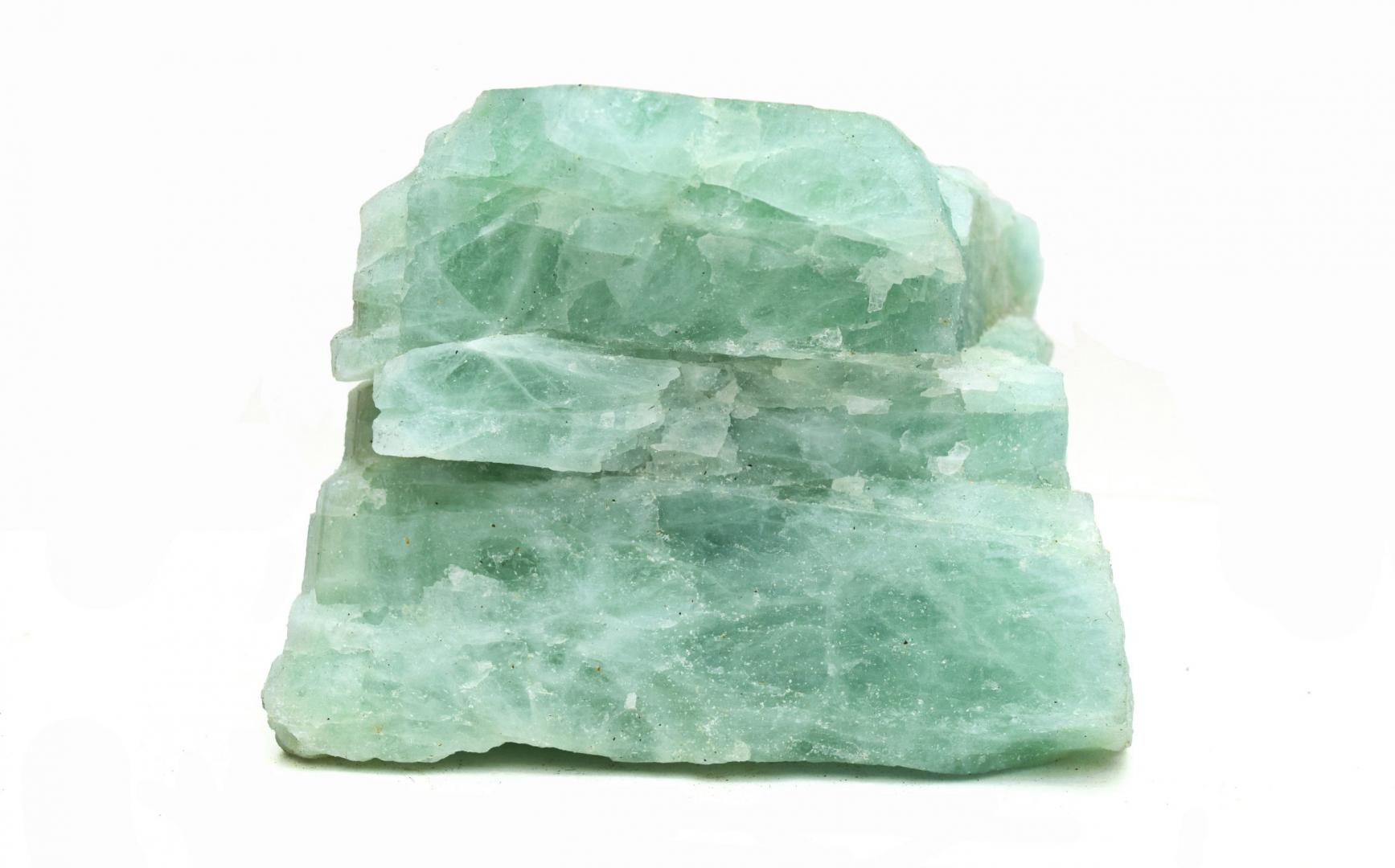 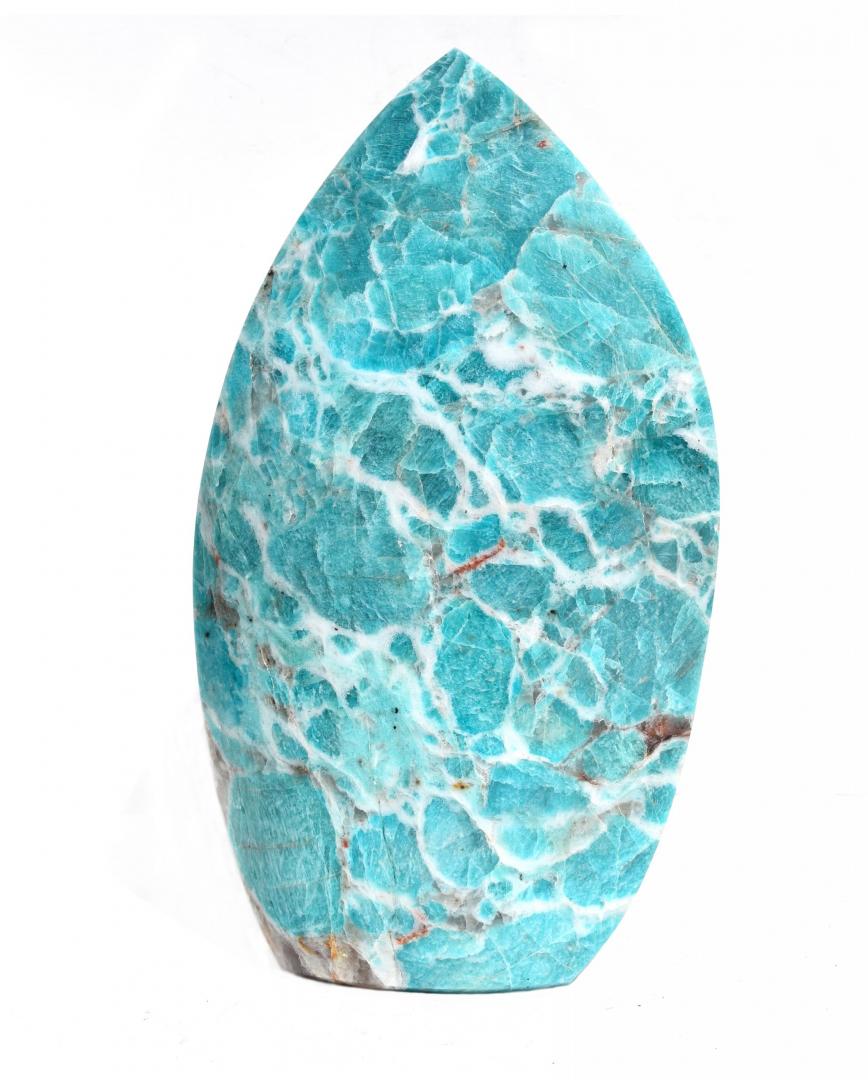 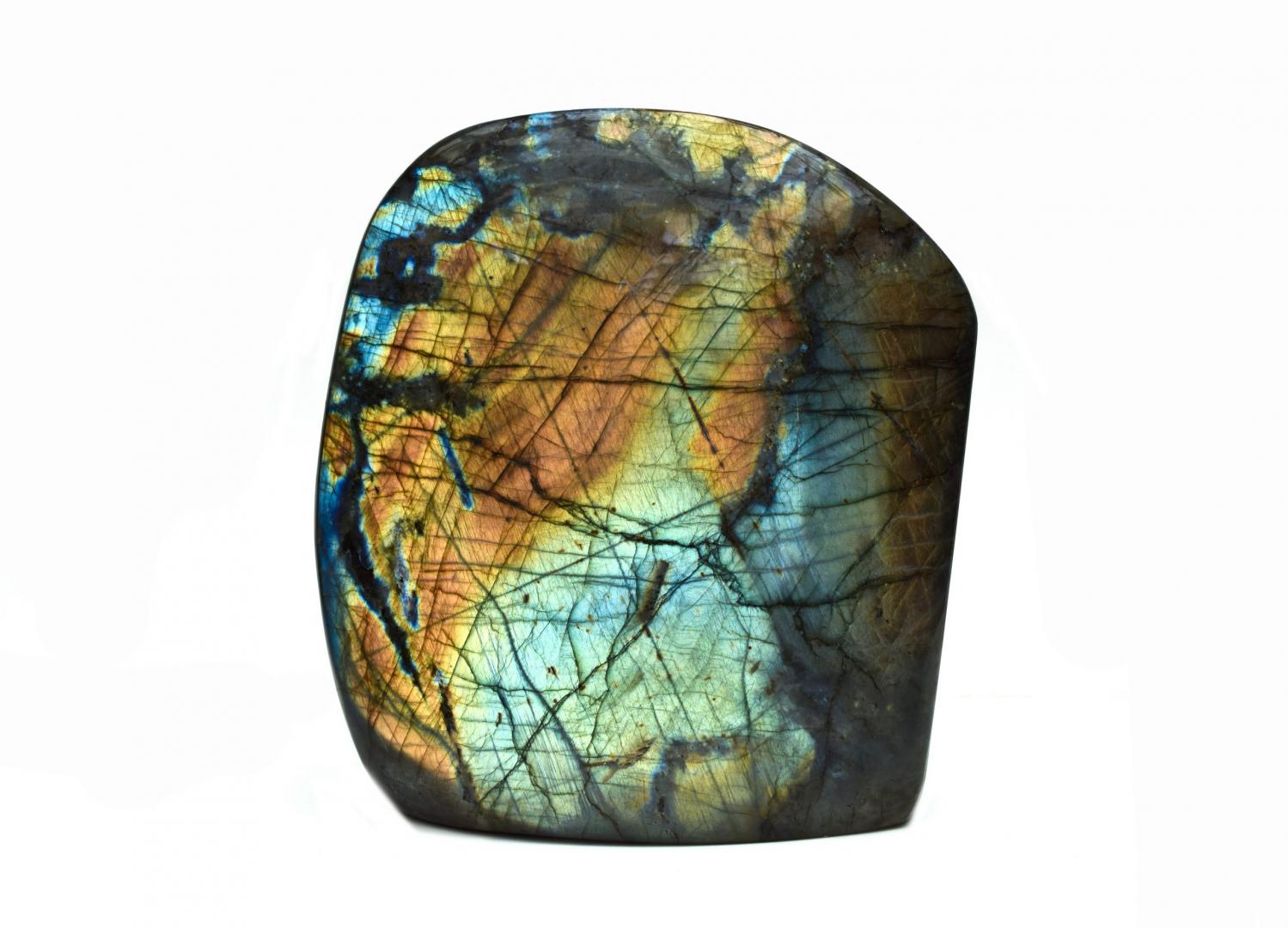 When building your sanctuary, keep in mind that you are a part of nature, and this new sacred space that you are creating is just as natural as anything outdoors. Find your ways of bringing in the magic of nature, get creative and make it work for you. In addition to the other things listed in this article, some ideas to bring an element of nature to your sanctuary might be:

I always like to remind myself that I created my home sanctuary as a gift to myself and all those I come in contact with. If I can stay committed to keeping my space sacred, it will give me the healing and benefits I need. Ways to keep it sacred would be to:

Remember that even if you don’t have the perfect location or the bank account to get you a whole new inventory of books and crystals, your body is the sacred sanctuary given to you for this lifetime. Honor your body by:

I firmly believe the old adage that cleanliness is next to godliness. When there is order and intention in our environment, it becomes that much more natural for us to think clearly and intentionally.

“Get creative in your sanctuary. Enjoy what you have, and don’t be afraid to mix it up, change it up, and switch things out. This is about you developing a relationship with higher yourself and becoming more intentional about the decisions you make in your life.“ 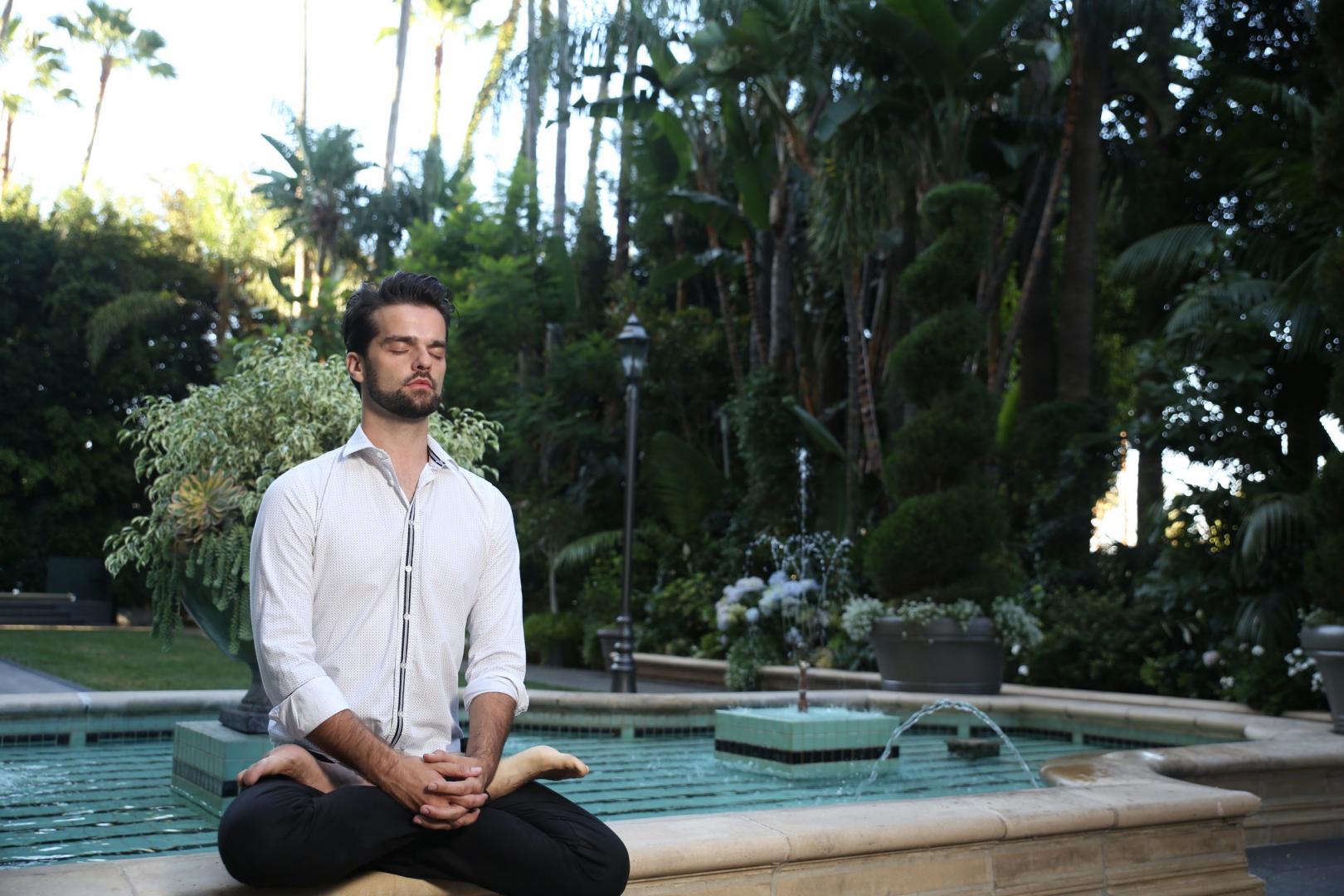 May this inspire you to make your home a more sacred place. 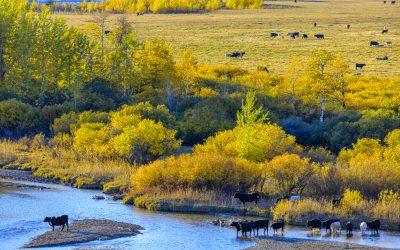 The Paramount Role of Regenerative Agriculture on the Human Microbiome

END_OF_DOCUMENT_TOKEN_TO_BE_REPLACED 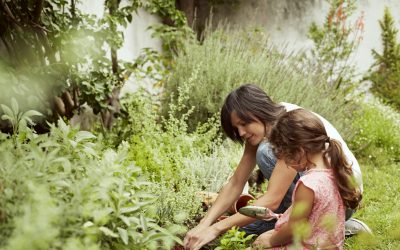 Grow Your Own Food: Benefits of Connecting with the Soil

There’s something to be said about the energetic attachment from eating food from your own backyard that you put love and energy into.

END_OF_DOCUMENT_TOKEN_TO_BE_REPLACED 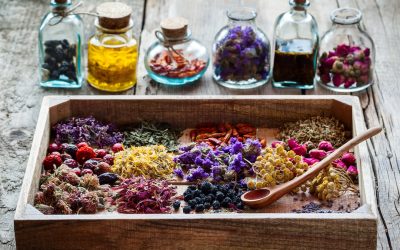 The Difference of Tinctures, Tisanes, Infusions & Decoctions in Herbal Medicine

Herbal medicine is enchanting because it is simultaneously an art, craft, and science. It’s an art to formulate and be a matchmaker…