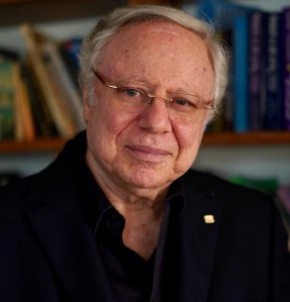 Dr. Karim is the CEO of BioGeometry, a new science of bringing harmony and ecological balance into the environment. Based on a Physics of Quality it can be applied in many fields including architecture, industrial design, agriculture, and much more.

Ibrahim is an Architect by profession and graduate of the renowned F.I.T. Zurich, Switzerland with BA/MA and D.Sc. in Tourist Planning. Fluent in many languages, Dr. Karim was able to combine modern concepts of physics, Harmonics, Perception, as well asPythagorean theories to develop a new “Physics of Quality” and based on it, a science of “qualitative” measurement: Egyptian Radiesthesia. It became the main research tool in his subtle energy research, supported by biofeedback and Bio-Imaging devices. Taking this research into Architecture, Geobiology and Building Biology, he found the basis on which he developed his new science of BioGeometry.

Only those who see the invisible, can do the impossible.

What started off as an occasional gathering of friends grew over twenty years into a weekly pivot in the lives of many people of different ages, religions, professions, social background and nationalities. Unstructured lectures and dialogues about almost any subject, where Dr. Karim believed that he has learned as much as he has taught his holistic approach which he calls the BioGeometrical Way; a new and expanded world view; equally scientific and spiritual in essence. In his own words “to be truly holistic it must incorporate anything and everything.”

He occasionally teaches as visiting professor of Architecture at several universities. Dr. Karim owns: Alemara Consultants Architecture firm founded by his father Dr. Sayed Karim in the1930’s, who is the main pioneer of modern architecture in the Middle East and author of several books on the Culture behind the greatness of Ancient Egypt.

While still a postgraduate student in Switzerland, a chance meeting with Dr. Mahmoud Mahfouz led to an intellectual, philosophical conversation on hospital design and other topics. Dr. Mahfouz, later Minister of Health, appointed Dr. Ibrahim Karim as the youngest Consultant in the Egyptian Government, in order to bring innovative thinking to his Ministry. Dr. Karim worked in integrated health planning and developed new design concepts of flexibility and expansion for health projects in addition to working in the USAID project of Urban Health Development. In 1976 he was a consultant to Dubai’s ministry of health and is, since over twenty years, a member of the British Royal Society Of Health, and founding member of the Imhotep society in Egypt for scientific research in the alternative sciences. In 1982 Dr. Karim was a consultant to the Minister of Culture, the late Mohammed Radwan and e put the initial concept for the new Museum of Civilization for which the international appeal for funding was launched by UNESCO. Later on, as a consultant to the Minister of Tourism in 1985, he did the first tourist planning for the Red Sea and Western Sinai coastal areas. As a consultant to the Minister of Scientific Research in 1990e was the principle investigator of the environmental pilot project on the Mahmoudiya Canal in Alexandria and headed a committee at the National Research Center to research the effect of geometrical shapes on biological functions. He patented the first BioGeometrical shapes in 1993, others followed. He received an award at the international congress for inventors in 1998. His work as an architect includes several hospitals, residential and scientific projects, as well as tourist resorts on the Red Sea.

While renovating the museum of Ancient Egyptian medicine in 1972, Dr. Fawzi Soleiman Sowiha, the director of the museum, introduced him to the science of Radiesthesia and with him he met Dr. Khalil Messiha, who introduced him to the French system of Physical Radiesthesia and its Ancient Egyptian origins. In France, at the Maison de Radiesthesie he acquired original books and instruments, those of the pioneers of this science.

BioGeometrical shapes interact with Earth’s energy to produce a balancing effect on all energy levels of biological systems. Research into shapes of body organs led to the discovery of the relationship between of organ function, energy pattern, and shape. These patterns called “BioSignatures” produce, through resonance, a balance of energy and immunity that support orthodox and alternative medicine.

Sportsman? In essence and practice, yes! From Light Athletics to tournament table tennis; he switched to tennis with his children, because he believed in parenting by example. They became top tournament tennis players in Egypt and received Athletic scholarships at Rice, Tulane and Loyola universities in USA, and AUC in Egypt. “Competitive sports gave us a positive family interaction and an opportunity to give the children freedom to grow, travel and experience life in a healthy, controlled environment.”

Dr. Karim gives seminars and workshops, in Europe, America, and the Middle East. He is regularly on radio and television (e.g. Reuters, CNN). He had his own daily television program: “God grant me knowledge”, during the holy fasting month of Ramadan, at the turn of the Millennium, on Egyptian Satellite Channel. Since March 2002 he has a weekly one-hour program on the Egyptian ‘El Mehwer’ satellite channel.

He did research in BioGeometrical organic planting with Prof. Peter Mols of the University of Wageningen in Holland and conducted a workshop to find solutions to harmful Earth radiation at the Design Academy of Eindhoven.

In Egypt, he joined the “National Hepatitis C Research Project” lead by the late Dr. Taha Khalifa, Dean of the Faculty of Pharmacy of at Al-Azhar University, where he achieved significant results. These significant research results of the research were made public on air by Dr. Khalifa in a historic, often repeated, television program that included the former minister of Health, as well as prominent medical doctors, in the “Mesaha Horra” series, presented by Isaad Younis on the Orbit Satellite television channel in 1999.

He is also discussing, with the governor of Alexandria, the ambitious futuristic project of the energy balance of the city. He is constantly traveling in the USA, Europe, and the Middle East, on consulting work in energy balancing of buildings.

– Back to a Future For Mankind: BioGeometry

– Preliminary laboratory studies at the Egyptian National Research Center, where Dr. Ibrahim Karim headed the research unit on the Influence of Geometrical Shapes on Life Functions, showed that BioGeometry shapes have a “positive effect on biological functions.” This led to the first Egyptian patent in BioGeometry at the Ministry of Scientific Research.

– Egyptian National Virus C Comparative Study: The Dean of the Pharmacology Department at Al-Azhar University, Egypt, announced on Egyptian Satellite TV that the preliminary phase of the comparative National Virus C Project carried out by his College showed that BioGeometry energy-balancing obtained the best results among all other pharmaceutical and alternative remedies.

– A three-year research project at the University of Wageningen, Holland, by Professor Peter Mols on the use of BioGeometry in apple agriculture, concluded that BioGeometry was effective in eliminating certain parasites and significantly increasing agricultural yield.

– A preliminary research project carried out by the Dutch agricultural firm Team EcoSys to study the role of BioGeometry in potato farming concluded that BioGeometry energy balancing significantly increased the immunity and quality of the potatoes.

– As part of an MA thesis supervised by Dr. Ahmed Hussein of Suez Canal University and the Ministry of Agriculture, BioGeometry energy-balancing solutions were implemented in poultry farming as a research study. The published results showed that BioGeometry was effective in significantly increasing the growth and quality of the chicken while also lowering the mortality rate.

– This project was successfully repeated in 2014 with Nutrinor, Quebec, in Canada in order to grow chickens without the use of antibiotics or growth factors, while lowering the mortality rate, achieving a better food/weight conversion ratio and increased healthy weight development. This has lead to collaboration with Nutrinor in applying BioGeometry to their animal farming department.

– Preliminary experiments in introducing BioGeometry into the classroom design indicated that BioGeometry energy balancing had a positive impact on children with learning disabilities.

– In another PhD thesis by Lobna Shaker at Cairo University, BioGeometry was used in medical centers for treatment of depression, besides demonstrating the benefits of applying BioGeometry as design and interior architecture solutions, testing on mice showed that Bio Signatures (branch of BioGeometry) were as effective as commonly used drugs in the Egyptian market to restore the normal serotonin levels in the brain.

– In 2003, a pilot research project under the patronage of the Swiss Mediation Authority for Mobile Communication and Environment, and in collaboration with leading governmental telecom provider Swisscom, implemented BioGeometry energy-balancing solutions to remedy ailments of electro-sensitivity in the rural town of Hemberg. BioGeometry was successful in eliminating the ailments of electro-sensitivity, among a number of other health conditions that it remedied, as well as positively impacting the overall ecology of the area. This was dubbed “The Miracle of Hemberg” by the Swiss media.

– In 2007, following the success of the first Swiss BioGeometry project in Hemberg, Dr. Karim/BioGeometry Energy Systems Ltd. was commissioned by the local government of the Swiss town of Hirschberg to implement a similar solution there. The project was documented by Swiss TV Channel 1 (SF1), and the documentary aired on prime time TV in Switzerland showing that BioGeometry was successful in eliminating the ailments of electro-sensitivity, among a number of other health conditions that it remedied, as well as positively impacting the overall ecology of the area. Most impressive was the overwhelming positive impact on the livestock in the area, which are an important economic factor to this rural town. The documentary was titled “The Miracle Healer.”

– Wide international media coverage of the science of BioGeometry.